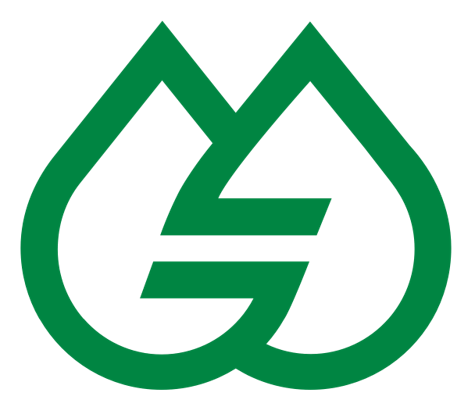 Show all categories History Back

Hendrik Alberdingk buys a building and warehouse at Amsterdam, Netherlands. Initially acting as cooper the company successfully transitions into the trading of edible oils, fats and fish oil.

Relocation to Uerdingen on the Rhine River in Germany.

The "F.H. Boley" oil mill is established in Uerdingen.

The "Emil Boley" oil mill is set up in Krefeld.

The company of "Deutsche Rizinus-Oelfabrik GmbH" is founded.

Development and Production of acrylic dispersions for the paints and varnishes market begins.

From the oil mill to a globally operating manufacturer:

Alberdingk Boley is 250 years young - and we are proud of it. Our history bears witness to a steady, solid growth based on technological innovation and entrepreneurial vision.
As recent research in cooperation with a descendant of our company founder has shown, the story of Alberdingk Boley goes back much further than originally thought. Today, we know that the founding year 1772 is historically documented:
In 1772, Hendrik Alberdingk bought a company building and warehouse at Amsterdam. Originally, he was cooper and made barrels for whalers. This lead to a lively trade in oils and fats.
In 1798, Frederik Alberdingk, the founder's son, used the exemption from the guild obligation and bought mills in the Netherlands, among other things for the processing of seeds and spices.
In 1828, Franz Heinrich Boley started to operate an oil mill in St. Tönis, near Krefeld, Germany. Not far away, in Leeuwarden, Holland, the "T.I. Alberdingk & Sons" linseed oil varnish factory was founded in 1879. Seven years later the company moved to the Rhine harbour in the Krefeld suburb of Uerdingen. Shortly thereafter Boley also moved his oil mill to the strategically important waterway. The two companies merged in 1921 to form "Alberdingk-Firnis und Ölwerke AG". Three years later the company merged with the Emil Boley oil mill located in the Krefeld suburb of Linn.

Quality linseed oil used in the manufacture of paint.

Linseed oil varnish from Alberdingk has always enjoyed an excellent reputation in the paint industry as well as with professional painters. Alberdingk did not restart linseed processing after the war, instead he set his sights on the future: Imported linseed oil was refined and processed with new equipment and modern techniques. As a renewable raw material, today linseed oil is experiencing a renaissance in the printing ink industry.

The seed of the amazing Castor tree holds so much potential.

Alberdingk founded the "Deutsche Rizinus-Oelfabrik GmbH" in 1933. Until recently, we have pressed castor seeds in our own factory - Europe's only oil mill. Today we focus on refining castor oil for technical and pharmaceutical purposes and on research in this promising field. In 1994 we were able to register our technology of using castor oil as polyester or polyol for water-based coatings as a European wide patent.

Water technology for coatings and adhesives.

In the seventies already, development of water-based binders started at Alberdingk Boley. Initially, we focused on the production and distribution of acrylic dispersions for architectural coatings and the construction industry. In order to be able to open up further business areas in the future, the development and production of water-based polyurethane dispersions began in 1985. Continuous investments in laboratory and production capacities in the following years finally laid the foundation for internationalisation. The "Dispersions" division has developed into our strongest business area in terms of turnover to this day.

As an internationally active medium-sized company, we recognised the need to directly serve our customers around the world directly in their home markets. In 2000, we founded the production and development centre Alberdingk Boley, Inc. in Greensboro, USA. In 2007, we expanded into Asia with the establishment of Alberdingk Resins Co Ltd in China. After a successful and promising market entry, the construction of a local production facility in Zhuhai commenced in 2022 in order to be able to supply the Asian markets from a production facility close to future customers.

This Modal is powered by moori Foundation